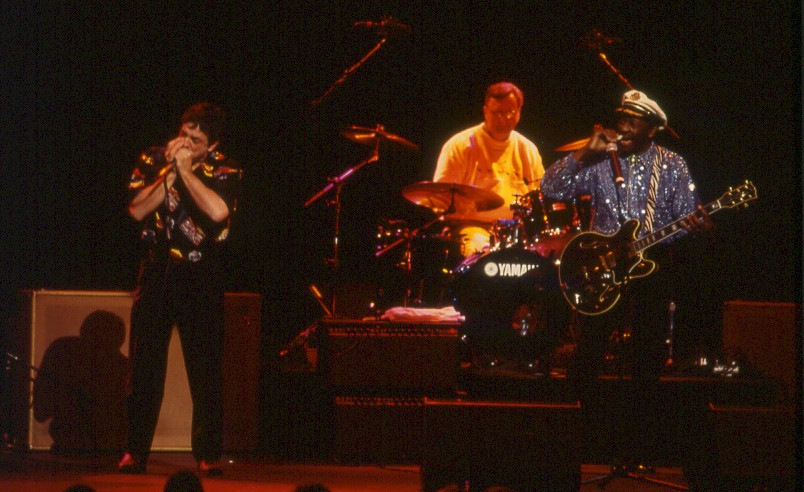 Blowing away the blues.  Boog, Bee and Charles.  Jimmy Marsala to the right of Charles, playing bass.  This was one of the best nights ever.  Sound was good from the start.  Just the four of us.  Archetypal backbeat "you can't lose it" rhythm and blues.  Spare, focused, tight.  There was something magical about the playing, partly because of the simplicity, partly because we've been doing this for over 30 years.  We hadn't seen Jimmy for a long time, but he had played several dates in the past with Bee and me.  And hundreds with Charles.  Like us.  I told Charles he should have recorded this one.  It was a rare night.

In front of the dual showman.  What a sound! Yow!

Jerry Lee opens the show.  He is a gentleman tonight.  Warm and friendly.  He does a great show, although it is laid back by comparison to his younger days..  He and Charles embrace backstage.  Rock and Roll brothers.  A lot of miles on the road.  They show on Jerry Lee more than Charles.  But he can still tickle them ivories.