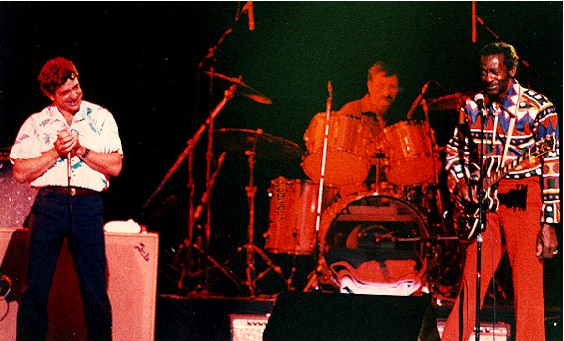 Boogie Bob and Chuck Berry in Cleveland at the fundraiser for the Rock & Roll Hall of Fame on March 21, 1986. Many cities were lobbying to host the Rock Hall of Fame. This concert was instrumental in bringing it to Cleveland. We were brought on by the mayor of Cleveland and the Governor of Ohio. I told Chuck that when we started out, the politicians were trying to close us down. Now the people we grew up with were running the place. Mr. Metros, steadiest backbeat drummer in rock is on the tubs.